As Ruby Shanley became a teenager, her relationship with her ill-fated father improved somewhat. Though she was nicer and more caring than Juan had ever been (or ever would be), she very active â€“ almost hyper â€“ and highly interested in sports, as he himself had been before his botched resurrection, and he was proud that they shared those characteristics. 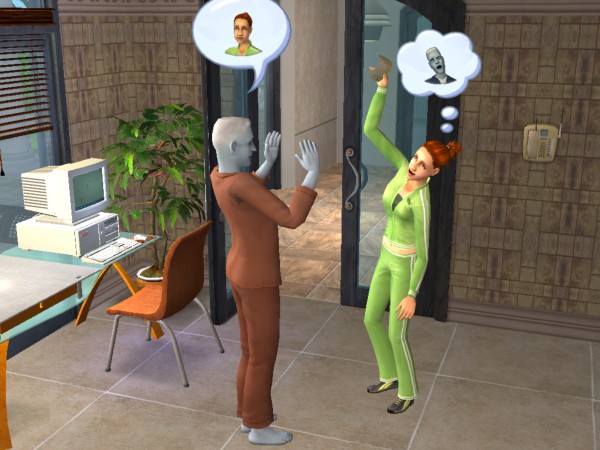 Ruby loved her father and was glad to have him back, but she had to admit it was a little bit strange living with a zombie. She still hadnâ€™t gotten used to it. 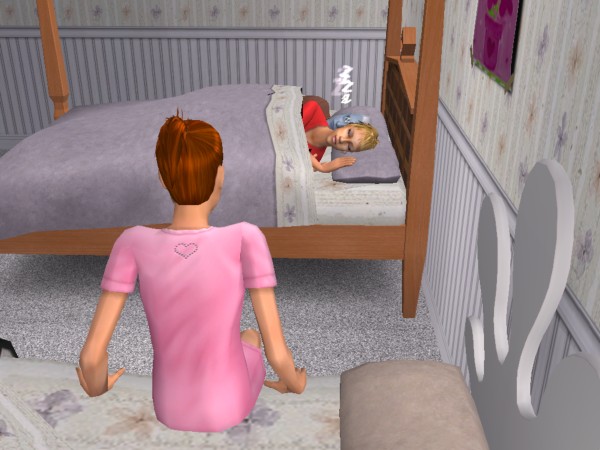 â€œI really need to get my own bedroom.â€

And then there was always that nagging guilt â€“ in the back of her mind she knew she had done something wrong by bringing him back from the dead, and her relationship with him would never be what it once was. 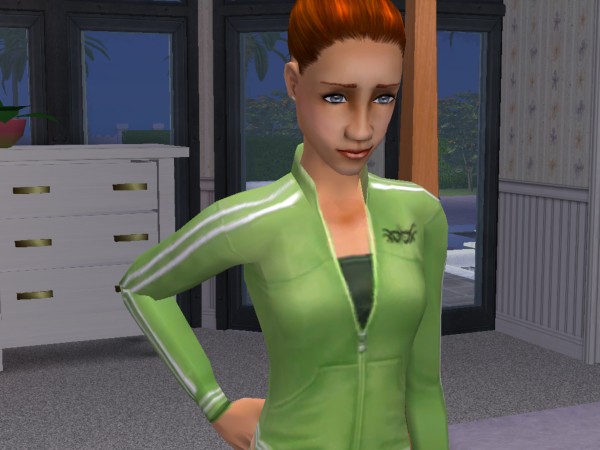 â€œOh, the follies of my childhoodâ€¦â€

Juan, however, had settled rather comfortably into his old life again. Though he had but a fraction of his old energy and spirit, he was able to enjoy all the things he used to, and took a renewed interest in his wife, who didnâ€™t seem to mind that her husband was a reanimated corpse. 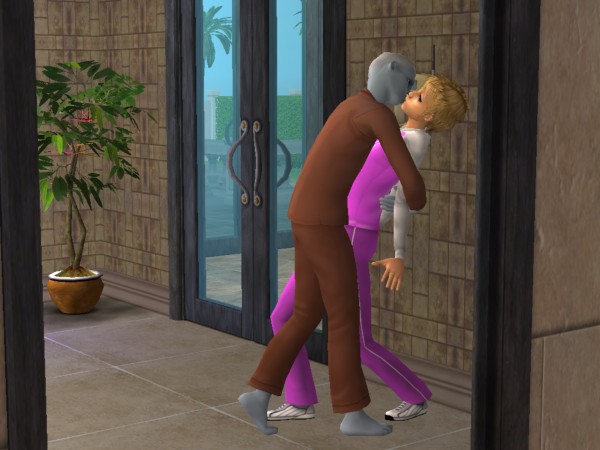 As for the other Shanleys, Sierra was approached by a contrite member of the Goobi Goomba clan and got her old job back. Apparently one of the Goobis had been possessed by the spirit of Godzilla and was rampaging through the village, and they needed Sierra to exorcise the poor soul. She impressed them so much this time that they all decided to follow her, calling her their â€œleaderâ€ and chanting her name. Sierra was pleased with the promotionâ€¦but not so much with the following and chanting. When she got home that night, she decided to quit. 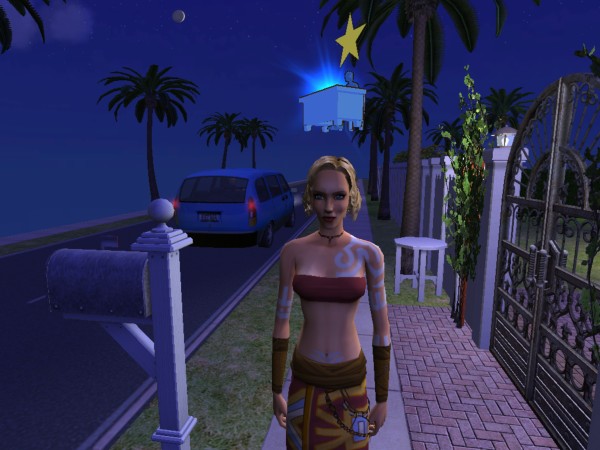 â€œI think I could use a nice desk job right about now.â€

Sierraâ€™s daughter Ginger had her birthday and became a lovely young girl. She shared the extraordinarily nice temperament of her cousin Ruby but didnâ€™t share her cousinâ€™s neatness â€“ she tended to leave messes wherever she went. 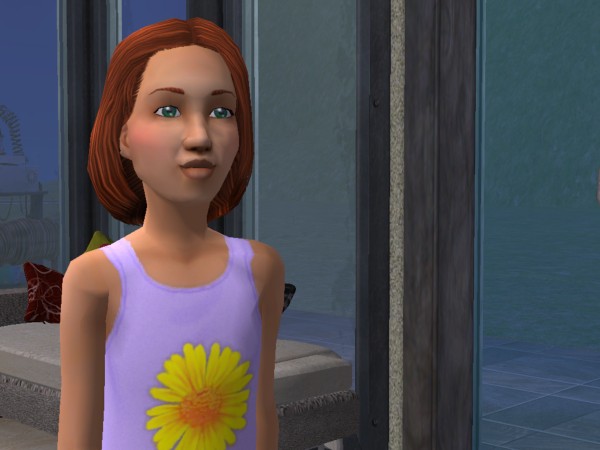 After spending days babbling to himself in front of a mirror, Grandpa Marcel finally reached that mysterious level of enlightenment which he called â€œmaxing my skillsâ€, much to the delight of his wife Mia, who thought he was either a) going insane; or b) trying to become an actor. She didnâ€™t know which was worse. 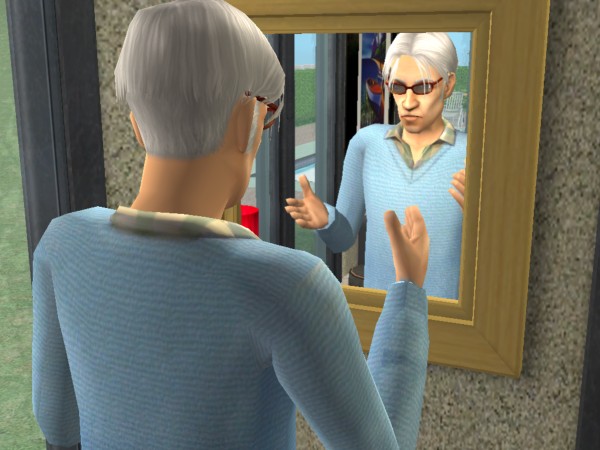 Marcel was overjoyed to accomplish such a feat, but afterwards he felt empty and aimless. What was he going to do with all of his time now? Mia suggested that he work on getting his granddaughters into private school, which Marcel agreed was a very worthwhile project. He called the headmaster and invited him over for dinner the next day. Once that all-important step had been taken, he wandered upstairs and fell asleep.

The rest of the Shanley household went about their business, assuming that Marcel would take care of the headmaster visit. But Marcel slept all morning and all afternoon, and when the headmaster arrived, Marcel tottered out in his pajamas to greet him. 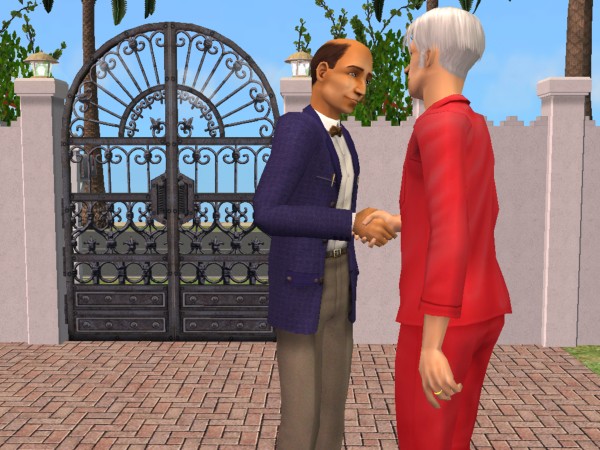 â€œWho did you say you were? The hairmaster?â€

Mr. Walters, who hadnâ€™t aged a day since he had admitted Delaney and Sierra into private school, remembered Marcel fondly and seemed more amused than offended by his forgetfulness.

He seemed less amused, however, when Marcel led him out to the patio and bid him wait for dinner. The headmaster waited for nearly an hour before dinner finally arrived â€“ an appetizing display of salmon, potatoes, and peas. While the headmaster eyed him curiously, Marcel set out the platefuls of food, then disappeared, leaving poor Mr. Walters to eat all by himself. 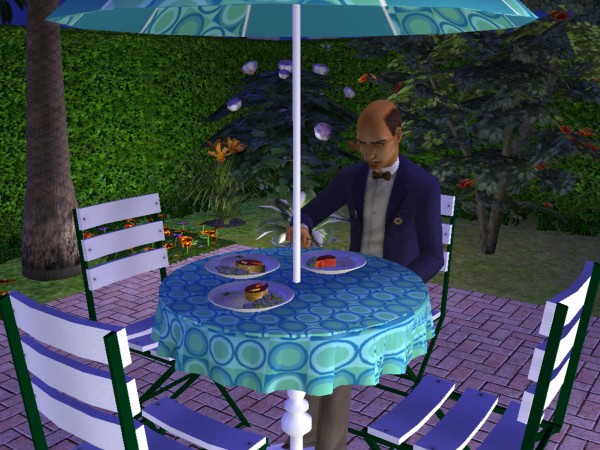 â€œWhat, did I not put on enough deodorant this morning?â€

Just as the headmaster was scraping the last pea onto his fork, Delaney came out to greet him. Shocked that Marcel had let him eat all by himself, she tried to make up for the neglect by inviting Mr. Walters into the hot tub.

He shrugged out of his stiff suit and jumped into the tub. Moments later he and Delaney were comfortably soaking, talking about old times. They bantered amiably for nearly half an hour before they realized someone was hovering over them â€“ someoneâ€¦not quite humanâ€¦ 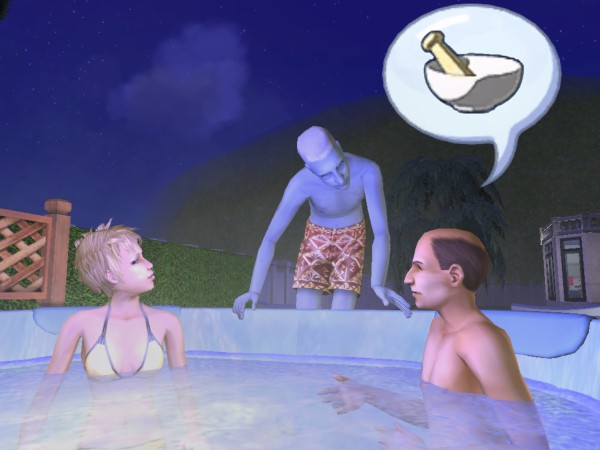 â€œSo then you take the herbs and put them in the mortarâ€¦is it just me or are we being watched?â€

Delaney suddenly leaped out of the tub, pushing her husband out of view as she did so. The headmaster, looking rather stunned, craned his neck to watch her, but could only see the vast starry sky above the hills.

â€œIâ€™m sorry, Mr. Walters,â€ Delaney called out as she dragged Juan towards the house. â€œI just remembered that I have dessert in the ovenâ€¦warm apple crisp! Iâ€™ll be back!â€

As Juan let himself be pulled up the stairs (really, it was much faster than shambling), he reached out a feeble hand towards the headmaster, who was still relaxing in the tub. â€œWantâ€¦brainsâ€¦â€ he moaned.

Meanwhile Mr. Walters closed his eyes and basked in the rejuvenating effect of the bubbles. He couldnâ€™t remember the last time he had felt so serene. 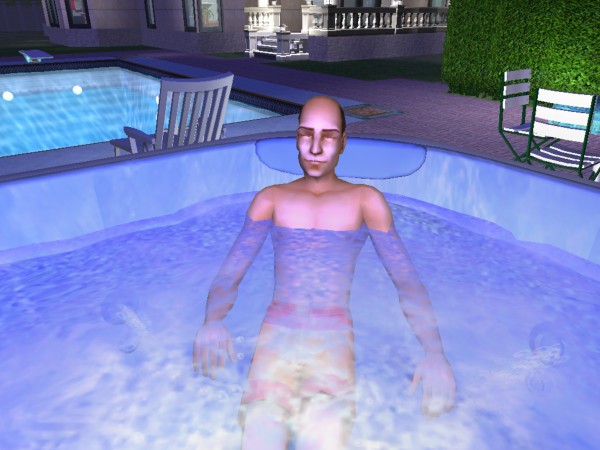 â€œAh, this is the lifeâ€¦I should really marry a Shanley somedayâ€¦â€