It didnâ€™t help that Samuel and Josephine made such a lovely couple. They seemed so happy, so well-suited to each other, that Cecily felt her love for Samuel growing more dim and irrelevant by the minute. It pained her to look on the blissful pair for too long, but the pain was almost welcome, as it scoured away any last hope she had held of Samuel changing his mind.

No, she was resolved: she would love James now, and let Samuel be a fond memory. Samuel didnâ€™t love her, but James did, or at least he said he did, and she had believed him up until the mention of this frilly letterâ€¦

â€œMore tea?â€ Cecily asked brightly, trying to hide her dismay. Samuel was about to answer when Dorothy suddenly rose and stretched her arms, yawning in her most ladylike manner.

â€œOh, Iâ€™m so terribly stiff!â€ she exclaimed, tilting her neck. â€œI think Iâ€™ll take a short walk if you donâ€™t mind. Do you still have that wonderful strawberry patch at the edge of your property? Oh, Iâ€™d love to pick a strawberry or two. Wonâ€™t you come with me?â€ She directed this last to Samuel and Josephine, who agreed it would be delightful to pick strawberries.

Before standing, Samuel glanced at Cecily, who nodded encouragingly, then at James, who was staring at the teapot. Then he was gone, following Josephine and Dorothy across the lawn and into the foliage beyond.

Cecily turned to James and smiled. â€œDonâ€™t you want to pick strawberries?â€ she asked.

James smiled boyishly. â€œI think Dorothy wanted us to be alone,â€ he said.

â€œBut why?â€ she asked, sincerely curious. â€œWhat does it matter to her?â€ 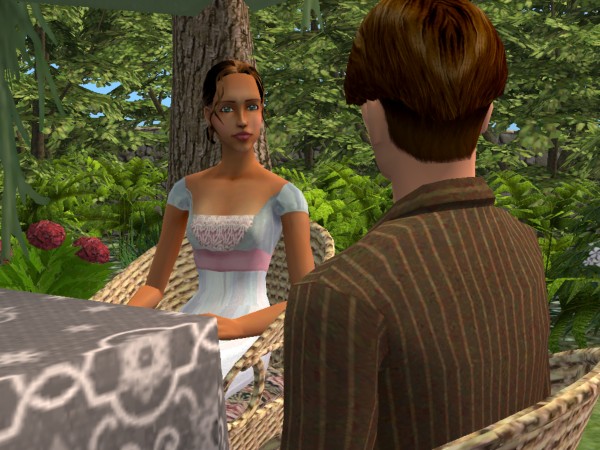 Cecily didnâ€™t understand. If Dorothy wanted them to be alone, then presumably she knew something of Jamesâ€™s affection for Cecily. But if that were the case, then why had she brought up the perfumed envelopes? Was it to make Cecily jealous? Or just to provoke James?

Cecily spoke the truth: she was terribly confused. But even in the midst of her bewilderment she knew she had to take advantage of this opportunity. Turning away from James, she wandered listlessly towards the statue of Cupid that Mayhew had insisted they put in the garden. Offering up a prayer to the odd little cherub, she stood and waited.

It wasnâ€™t long before Jamesâ€™s voice sounded softly behind her. â€œCecily,â€ he said, and she felt compelled to turn around. He took a step closer. 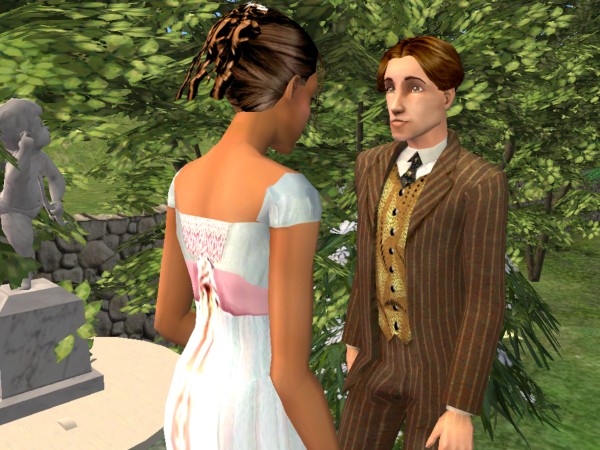 He said her name again, almost whispering it, but he made no move to take her hand or otherwise touch her. â€œYou know I donâ€™t care about those letters,â€ he said, smiling.

â€œIt really bothers you, doesnâ€™t it?â€ he asked, his eyes lighting up.

Cecily blushed to the roots of her hair, but she had the presence of mind to recognize an opening when she saw one. â€œPerhaps,â€ she said, knowing that her downcast eyes betrayed her true feelings. 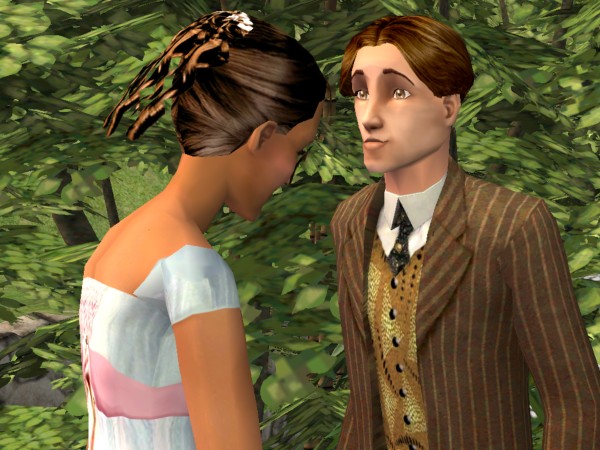 â€œI will admit, I did sigh longingly over a letter once,â€ he replied, â€œBut that was before I saw you at Dorothyâ€™s party. The girl who wrote those letters has nothing on you, Cecily. Besides,â€ he added intently, â€œsheâ€™s far away, and youâ€™re…right here.â€

He still refrained from touching her, but his gaze was making her toes tingle. He seemed to be waiting for some sign from her, something to reassure him that she did care for him, that she wasnâ€™t going to turn away from him like before. Realizing this, Cecily made the smallest of gestures: she reached one hand out to his, barely brushing her fingertips against his skin.

It was all the assurance he needed. In one smooth motion he caught her up in his arms, and Cecily was reminded of their encounter in her fatherâ€™s study, when she had leaned sighing against him for the briefest of moments. Only now she didnâ€™t lean â€“ she held her head back and looked straight into his eyes, which seemed to have bound her in a kind of spell. 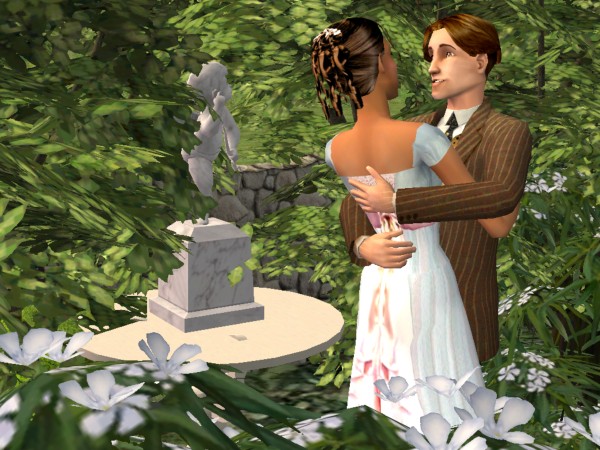 All of Cecilyâ€™s old childish fantasies about James suddenly crowded into her thoughts. How many times had she imagined this scenario, his arms around her, that adoring look in his eyes? For how long had she dreamed of being James Haddawayâ€™s girl, the girl for whom he would toss aside perfumed envelopes and frilly letters forever, unless they were signed by her?

Jamesâ€™s expression grew suddenly grave, though his eyes remained luminous. Cecily felt as though all the world had stopped, and though she had felt that way one other time before, when Samuel Haddaway had kissed her under the trees so long ago, Samuel was the absolute last thing on her mind as James Haddaway swept her forward and pressed his lips against hers. 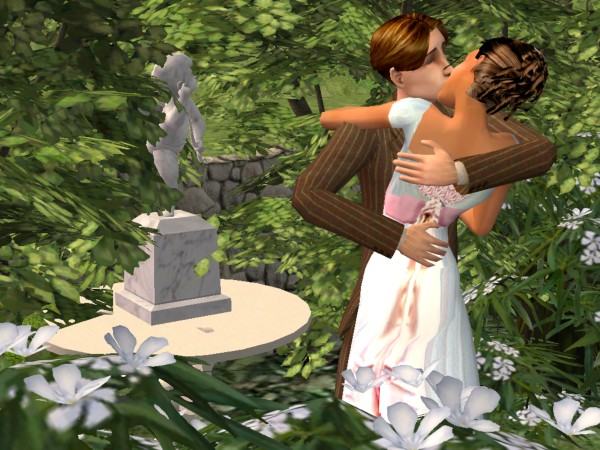 (NOTE: Iâ€™m sorry this update is so short â€“ itâ€™s about a third of the update I had planned for tonight. It took me longer to write than I thought it would, so I decided to split it up into parts. I know you guys wanted a long one, but sleep won out. ;-) Iâ€™m hoping to have Part II done by Wednesday night, so stay tuned!)

17 thoughts on “The Tea Party”