Cecily headed for home in a cloudy haze of disappoinment. She saw now that even if she declared her love for Samuel, he might not respond in kind. After all, he hadnâ€™t renewed his attentions to her since that day in the woods, though he sometimes looked on her with a sort of bitter longing â€“ or was it plain hatred? She couldnâ€™t tell. All she knew was that she loved him, and he appeared to love Josephine, and that was that.

He gave up on me long ago, she mused as she dragged her leaden feet into the house. From the living room, she could hear Arianna plunking away merrily on the piano, and the boys laughing as they sang, but she veered off into the study where she could be alone. It was comforting to be among all of her fatherâ€™s worn books and his heavy desk of polished wood. She set a small blaze burning in the fireplace and settled down into a chair.

As she watched the fire flicker and dance, she began to feel some hope again. How did she know for sure that Samuel didnâ€™t love her anymore? Maybe he still had those old feelings stored somewhere, like cherished heirlooms in a closet, and all he needed was for someone to open the door and dust them off.

It was to this very thought that Cecily was clinging when someone rang at the door. She remained in her chair, not in the mood to greet visitors. Through the closed door of the study, she heard Carolâ€™s murmuring voice, then a manâ€™s voice with a charming lilt. Cecily stopped breathing and gripped the seat of her chair, listening, waiting. If she was in no mood to greet visitors, she was in even less of a mood to greet James Haddaway. With any luck, Carol would think she was still out and send him away.

Unfortunately Carolâ€™s hearing was too keen â€“ ten years of working for the Braytons had trained her to notice all of their comings and goings â€“ and she led James right to the study. Cecily had just enough time to jump up and busy herself with the fire, so she wouldnâ€™t appear too idle or â€“ worse yet â€“ eager. 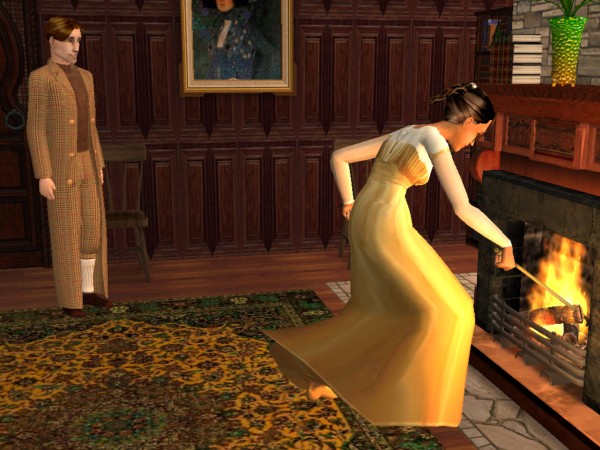 Cecily didnâ€™t dare turn around just yet, even as she heard Carol quietly shut the door. She was alone with James. Why did that suddenly terrify her? Why was her heart beating so fast? Saying nothing, she poked absently at the logs in the fireplace, hoping that he might vanish, a figment of her boundless imagination, a cloud of mist dispersed by the wind.

But he didnâ€™t vanish. Nor was he deterred by her pretending he didnâ€™t exist. With slow, sure movements, he made his way towards her, causing her to turn suddenly when she realized he was right behind her. 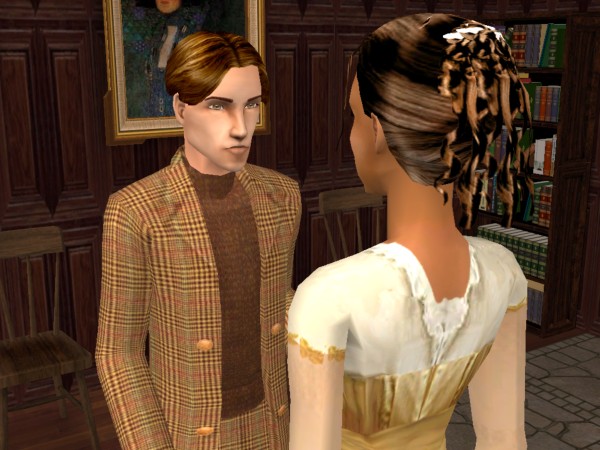 The look in his eyes made Cecily want to crawl under the floorboards. But even as she stepped back instinctively, he continued moving forward, the fire in his eyes surpassing the blaze in the hearth. Cecily made ready to turn away if he tried to kiss her, but something in her kept her from running out of the room entirely â€“ it was almost as if she had left herself and were merely observing from across the room, waiting to see what would happen next.

Instead of leaning forward to kiss her, however, he took her hands gingerly.

â€œYouâ€™re not wearing gloves this time,â€ he said, and the look on his face surprised Cecily â€“ that self-assured smirk was evident, but something else was there, too â€“ a kind of boyish embarrassment. She even fancied she saw him blush a little. 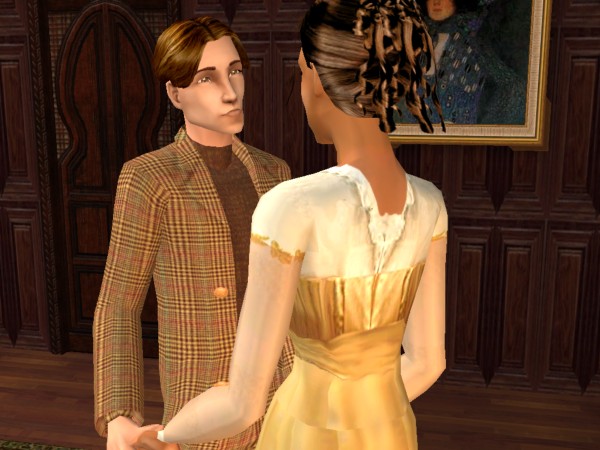 â€œI hope you donâ€™t mind me calling on you,â€ he said, rubbing his thumb affectionately across the back of her hand. Cecily felt all the hairs on her neck bristle. â€œDorothy said I had just missed you.â€

â€œYes,â€ Cecily managed to sputter. â€œI called on her this morning. To thank her for inviting me to the party.â€

â€œShe said you asked where I was.â€ His tone was low and measured, almost mesmerizing.

Cecily kept her tone light and indifferent. â€œI asked if you and Samuel were home.â€

As James spoke these words, he lifted one of Cecilyâ€™s hands to his lips and turned it over so he could kiss the curve of her palm where it met her wrist. Feeling his warm breath on her skin was too much for Cecily, and she jerked away from his grasp. 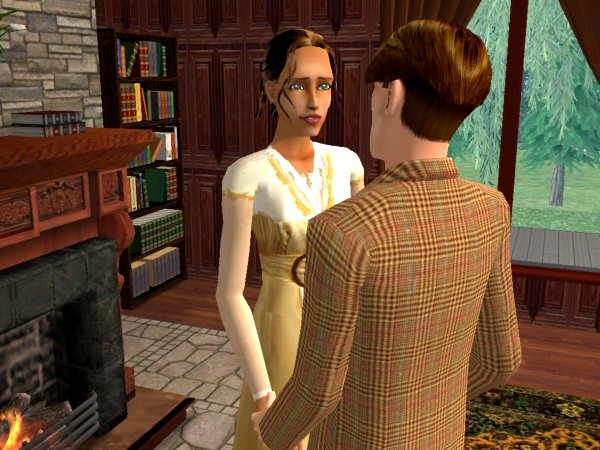 James was unperturbed. â€œBecause I love you, Cecily. How can I make it more obvious?â€ He leaned forward, his question not a question at all but an excuse to edge closer, to gaze on her more adoringly, to slide his hands up her arms —

For a long, luxurious moment, Cecily gave in. She let him wrap his arms around her, she leaned into his rough tweed overcoat, she let him press his cheek against her forehead â€“ but it was only a moment. She pulled away completely this time, turning aside and putting a distance between them.

Something in her compelled her to tell him about her revelation that morning, to tell him that she loved Samuel and not him, but she felt so agitated she couldnâ€™t speak, and they both stood in a bewildered silence. 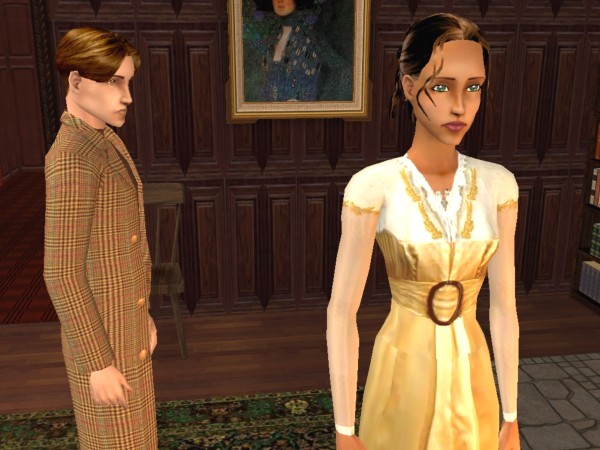 The lull was broken by the sound of the door opening as Arianna barged in. â€œOh,â€ she said, halting as soon as she saw James. â€œI was just going to ask Cecily to come to lunch. Carol has made a lovely stewâ€¦and we have fresh breadâ€¦â€ She looked from James to Cecily and back again. â€œJames, youâ€™re welcome to join us,â€ she said with a hesitant smile.

â€œNo,â€ said James, brusquely at first, but then adding a polite, â€œThank you.â€ He tossed a careless glance at Cecily before continuing. â€œI have some errands to run for my father. If youâ€™ll excuse me.â€ With a deft, gentlemanly bow, he breezed out of the room.