I’m introducing this next Whimsett Cove household a bit differently; I wanted to take more formal portraits, and since these next Sims are all a bit artsy-fartsy and fashionable, it fits with their style. :-D

First off, we have Jeromy Stearns: 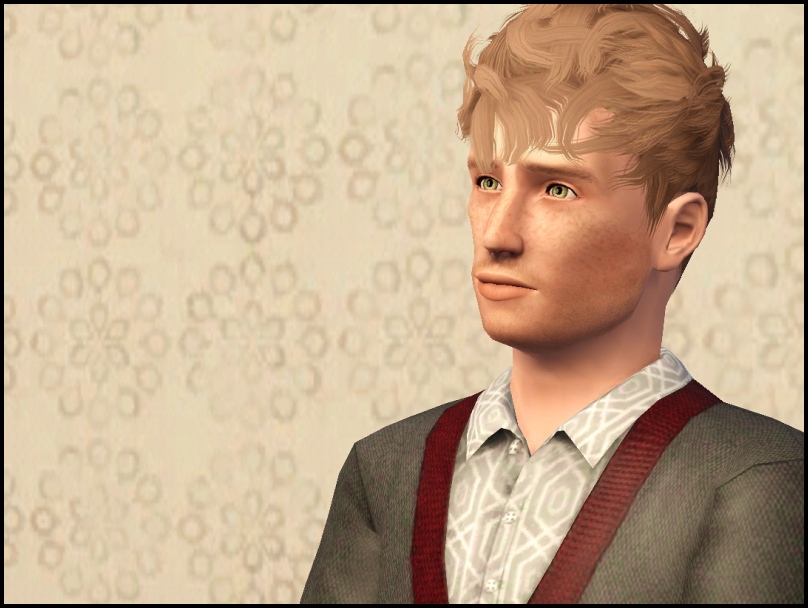 Jeromy comes from one of the wealthiest families in Whimsett Cove, and great things were expected of him when he went off to college, but his heart just wasn’t in some grand profession like medicine or the law. His passion was the theater — acting, directing, and writing plays. 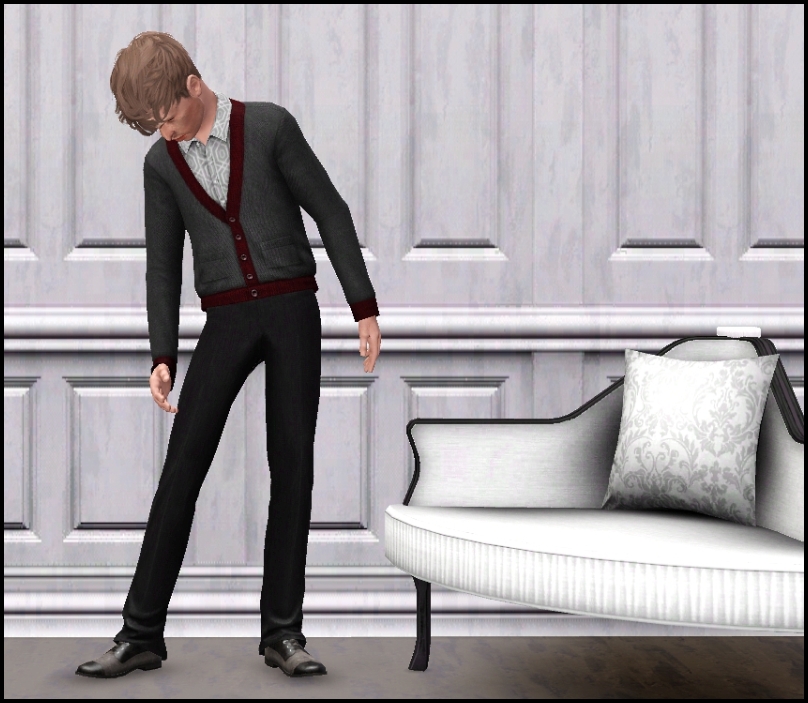 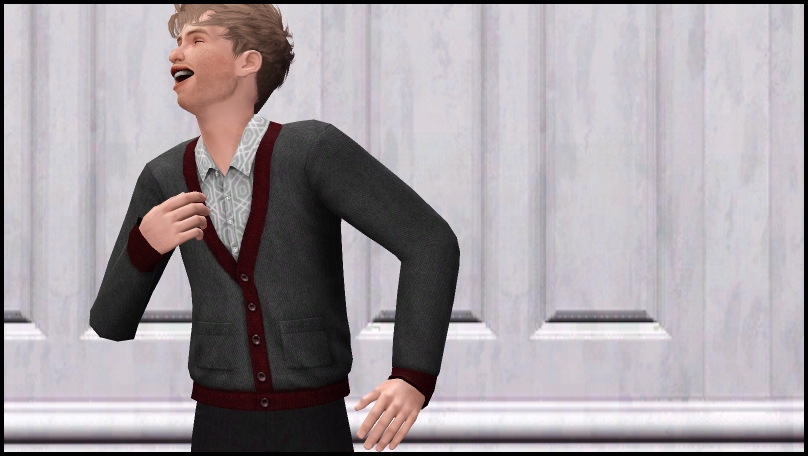 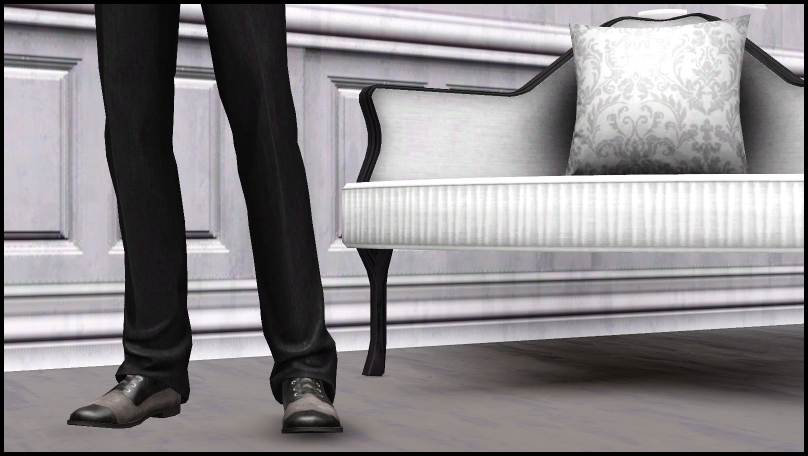 His extremely traditional parents were a bit disappointed and held out hope that it was just a “phase”; they figured he’d gravitate towards a more practical profession when he left school (not to mention settle down and get married — he’s their only heir, after all!). But Jeromy dashed their hopes when he returned home with two of his theater major buddies and began renovation on an old playhouse in town. 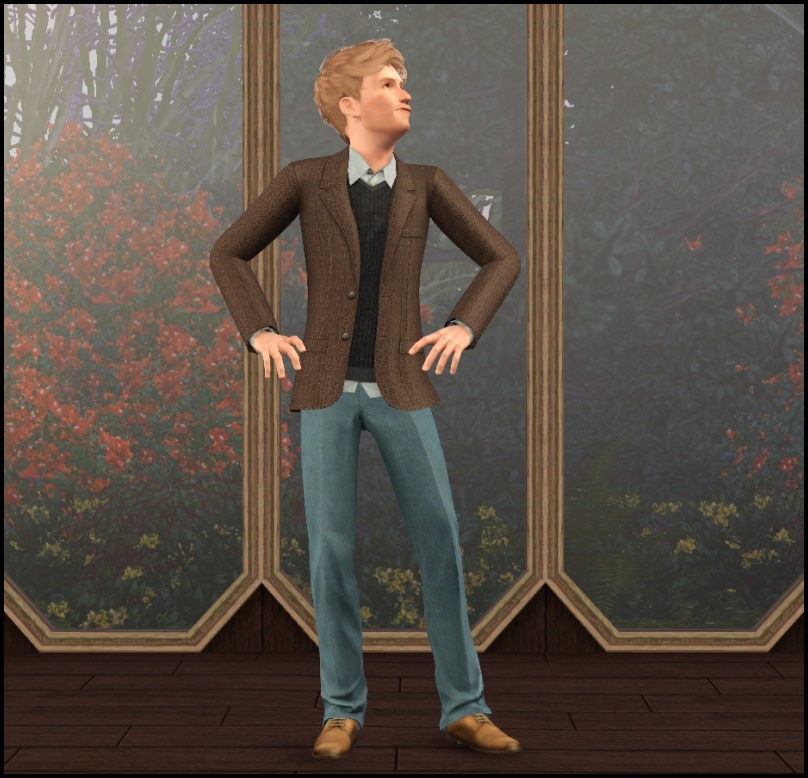 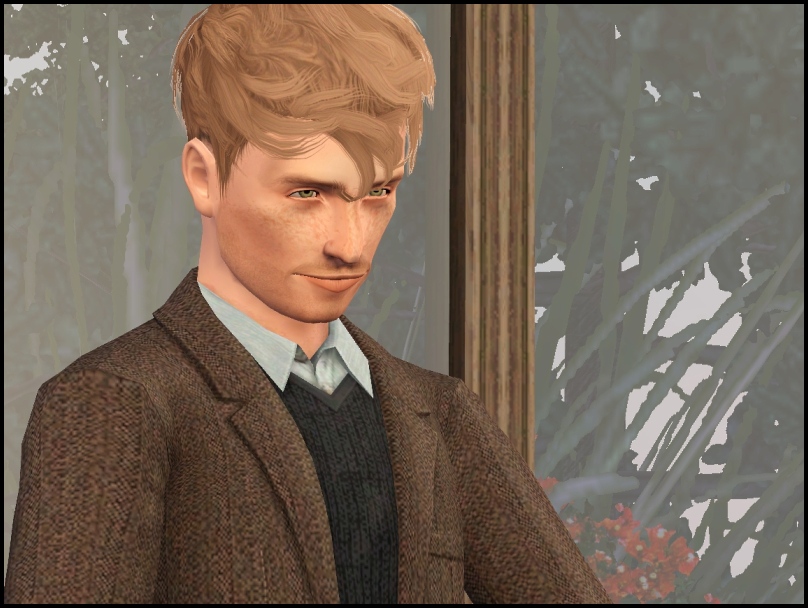 Jeromy’s goal is to make Whimsett Cove into a lively and welcoming haven for artists of all kinds, and not go broke in the process — goodness knows he’s not going to get much help from his parents!

Paolo Gil is a fellow actor and visionary, but he’s also the one with business sense: 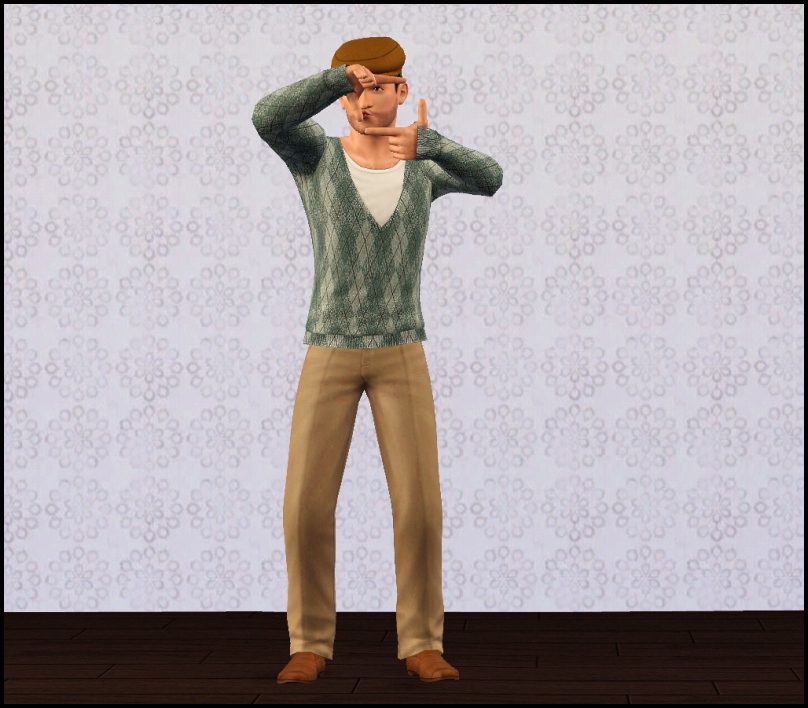 His grandparents were originally GilsCarbos from Monte Vista, but they shortened their name to “Gil” when they moved to Pigeondale (what I always use as my “generic big city with suburbs” locale – so many of my Sims come from Pigeondale :-D ). Paolo would love to visit his relatives in Monte Vista someday. 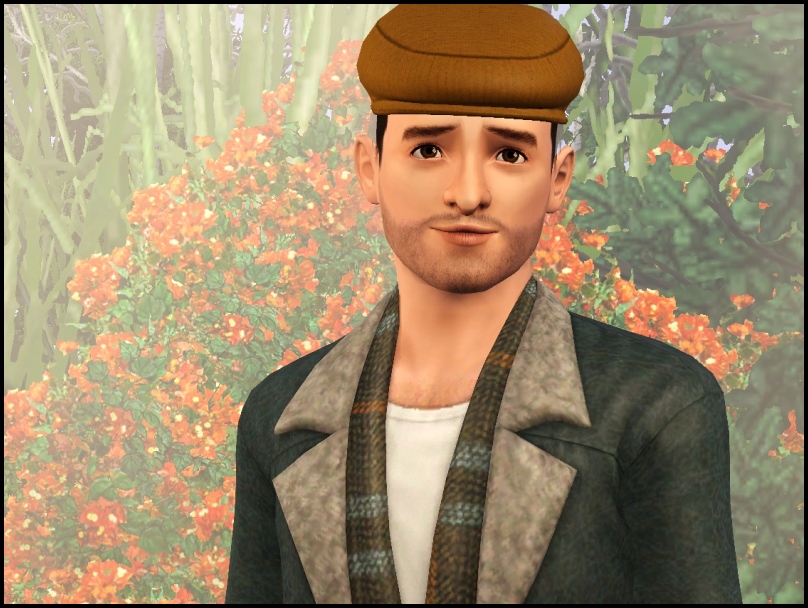 I didn’t create Paolo – he is actually Francis Epps by Simsiverse. 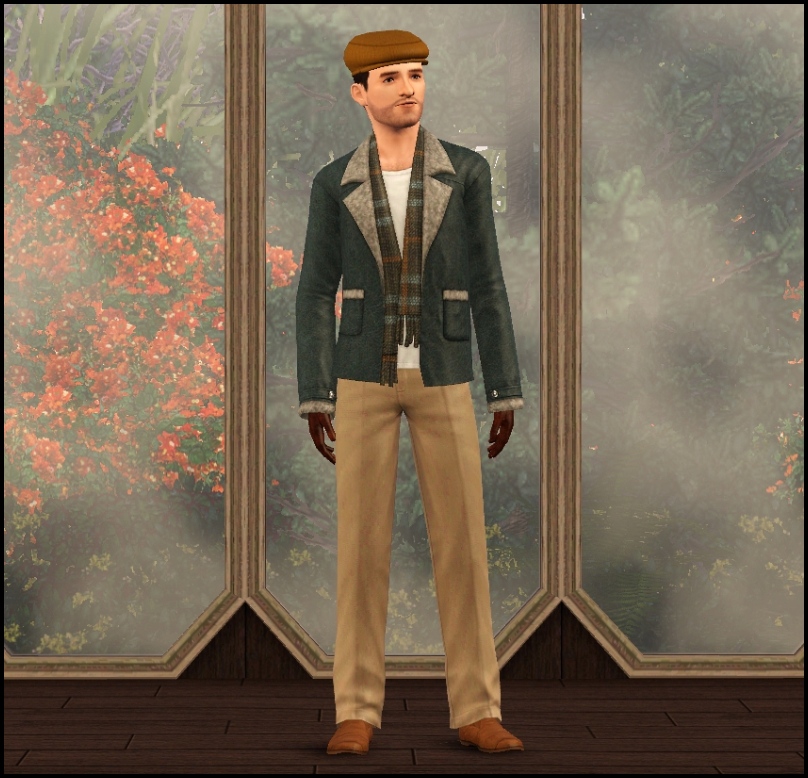 Paolo is working as a waiter part-time while the playhouse is being renovated.

The third member of the trio is Shannon Milbrandt, originally from Bridgeport. Shannon loves history (especially art history) and intended to become a professor someday, but after seeing a play at the university one night, she started down a completely different path. She volunteered to help paint sets, and that was that. 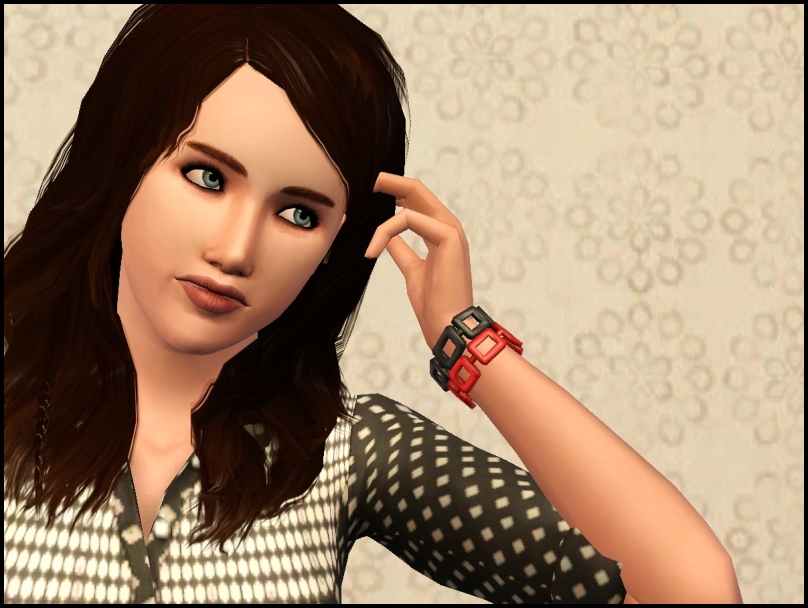 Being a bit on the shy side, Shannon does like to keep backstage, but she’s very versatile in that arena — she can do props, costumes, set design, lighting — just about anything. She’s handy with a hammer and not afraid to get in there and make a mess. 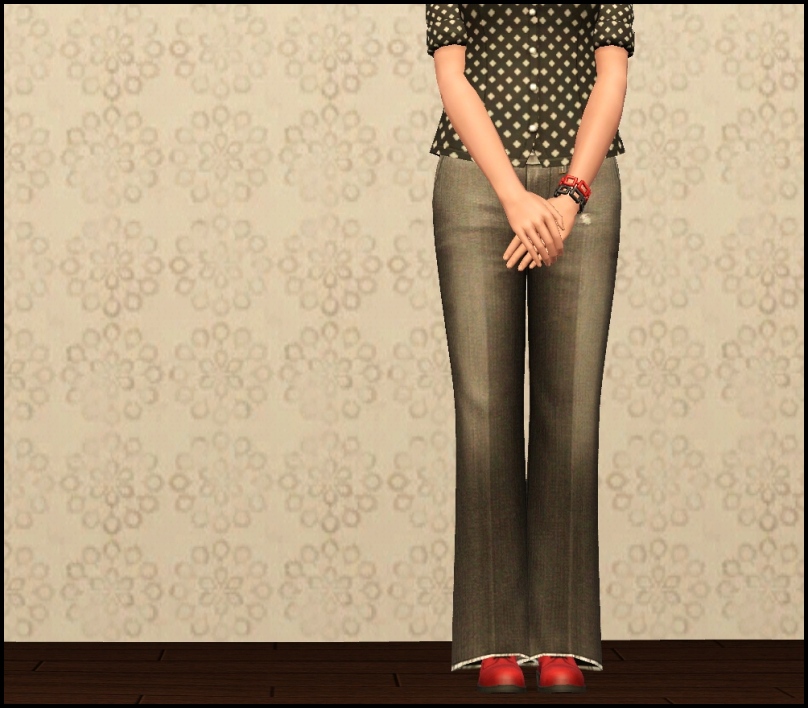 Shannon has always had a little crush on Jeromy, which is why she agreed to follow him to Whimsett Cove and start up this little venture, but nothing has ever developed between them…whether it will or not remains to be seen! 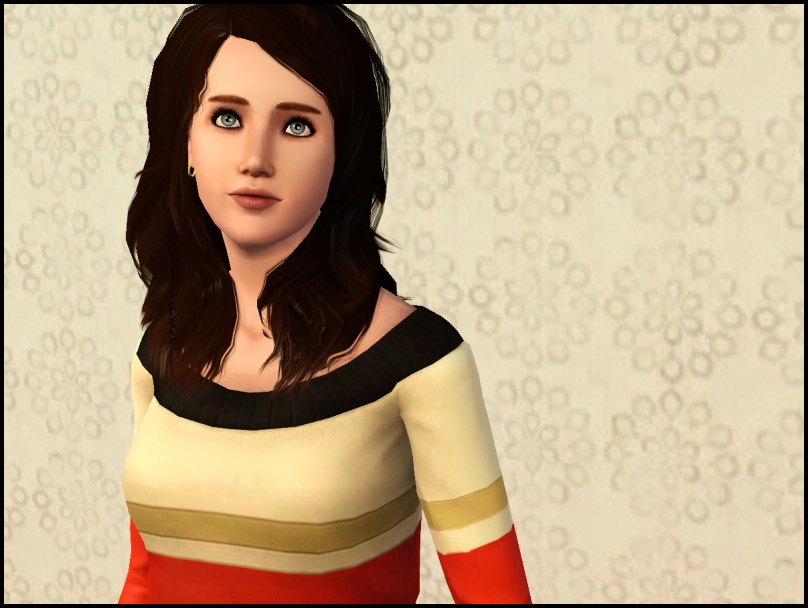 Shannon loves fashion almost as much as she loves art, so she’s a bit of a clotheshorse (they all are, actually). In order to pay the rent and help fund the playhouse, she works part-time at the salon in town, gives private styling consultations, and sells her paintings/sculptures. 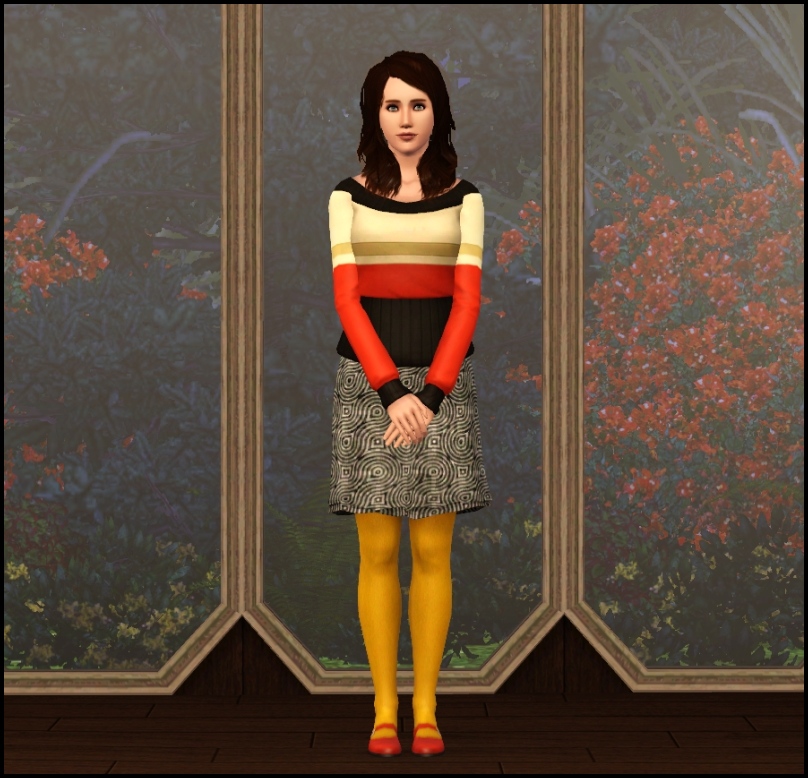 I’m posting a bunch of stuff all in a row this week, so stay tuned for more!

3 thoughts on “Jeromy, Paolo, and Shannon”