The Braytons, who were seated around the table in various states of contented fullness, all turned to Mayhew in surprise. Carol the maid, who didn’t seem surprised at all, continued clearing the table in her usual crisp manner, the clanging of the dinner plates echoing throughout the room.

It was a moment before anyone spoke. “So you took that commission?” Harry Brayton finally said, leaning back in his chair.

The look of surprise on his wife Arianna’s face deepened into confusion. “What commission?”

“Max De Groff wants me to build a new hotel for him,” said Mayhew, trying hard not to smile. He knew what most people in May Green thought of De Groff. His cousin Arianna happened to be one of those people.

“Max De Groff?” she repeated, her expression reaching new heights of astonishment. “Why would he want to build a new hotel? Isn’t the Granville good enough for him?”

Harry made a face. Though he wasn’t blood-related to the Lloyds, his first wife had been, and he had run up against Regina Lloyd’s special brand of snobbery far too often in the last 20 years. “Nonsense,” he said, “Arianna is nothing like Regina.”

“Thank you, Harry,” said Arianna with a grateful nod in his direction. “But that’s not the point,” she continued, turning back to Mayhew. “The point is that we’ll miss you, cousin. Must you really go?” 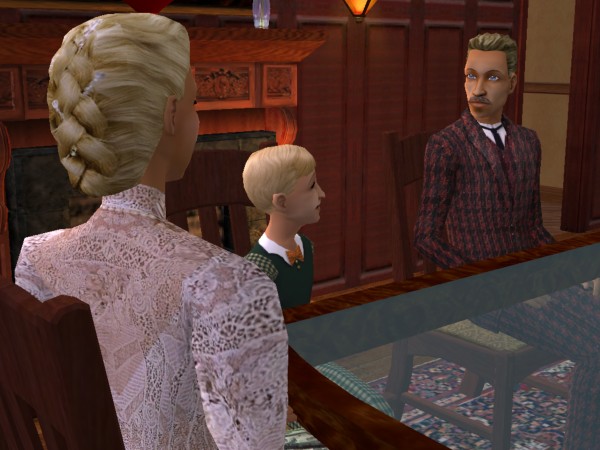 “I won’t be far away. I’ll be staying at the Granville, you know, until the new hotel is finished. And I’m always welcome for dinner, aren’t I?” Mayhew winked.

“Of course you are,” Arianna said with a quick glance at Carol, who had entered the room with a tray of fruit tarts. â€œAnd now I think I shall retire to my room while you have dessert. I feel exhausted.â€

As Arianna rose and pushed her chair in, Harry jumped to his feet. Ever since he had discovered that Arianna was pregnant with their third child, he had been more attentive than ever.

Arianna held up a hand to stop him from following. â€œIâ€™m all right,â€ she said with a gentle smile. â€œJust tired.â€

Harry nodded and sat back down. Smoothing the new moustache he was growing to complement the graying of his hair, he turned back to Mayhew and said, â€œNow tell me more about this new hotelâ€¦â€

As Mayhew and Harry talked of architecture and far-off cities and â€œswimming against the social currentâ€, the Brayton children nibbled on fruit tarts and listened in wonderment, until finally Carol ushered them off to the living room for some playing and reading before bedtime.

Cecily Brayton, well past the age when bedtime stories about talking animals amused her, retreated to the newly finished study to write in her diary. Ever since her last confrontation with Samuel, she had been writing more frequently, and most of her musings, as usual, focused on the Haddaway boys, though on the rare occasion she would write about her family life. On this particular evening she wrote:

â€œOf course, Iâ€™m not supposed to think about such things, but I wonder what Carol will do now that Mr. Love is moving out? How funny it feels to write that! Mr. Love. Poor Carol. Her Love is leaving her.â€

But Carol was more determined than ever to spend time with her beloved Love once he had removed himself to the Granville. She contrived a reason to go downtown nearly every day, and once there, she stayed for hours. Elsie De Groff, the eccentric old spinster who ran her brotherâ€™s hotel, didnâ€™t seem to care that Mayhew was entertaining a woman in his hotel room, and even made up a second key for Carol to keep. 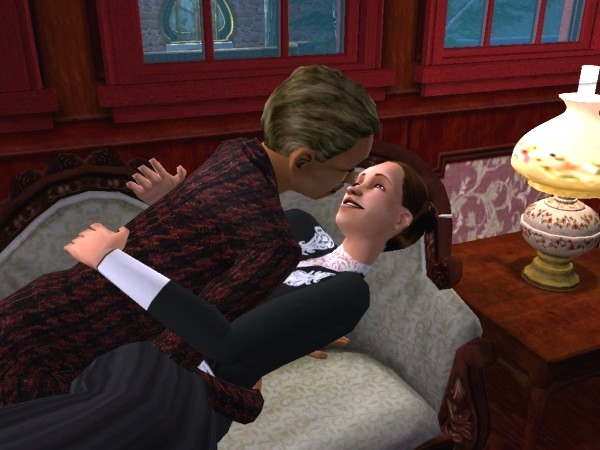 In the meantime, Cecily took on some of Carolâ€™s duties in order to keep the household running smoothly. She did this without complaint, believing Carol and Mayhewâ€™s affair to be the height of Romance and something worth sacrificing for, though if she had really known what was going on in that hotel room, she would have blushed to the tips of her innocent ears.

One morning while she was helping Carol with breakfast, Cecily ventured to ask, â€œWhy donâ€™t you and Mr. Love just get married?â€ She and Carol had always been close, and she felt comfortable talking about delicate matters with her.

Without looking up from the eggs she was whisking, Carol said, â€œI wonâ€™t leave Arianna until she has the baby. And even then, I might have to wait until the babyâ€™s grown.â€

Cecily frowned, thinking how unfair it was that Carol wasnâ€™t free to marry Mayhew. It made her even more devoted to their cause.

Life in the still unfinished Brayton house continued on in this manner until the baby, a beautiful girl with her motherâ€™s dark eyes and yellow hair, was finally born. Arianna was overjoyed to have a daughter, whom she named Paulina May. 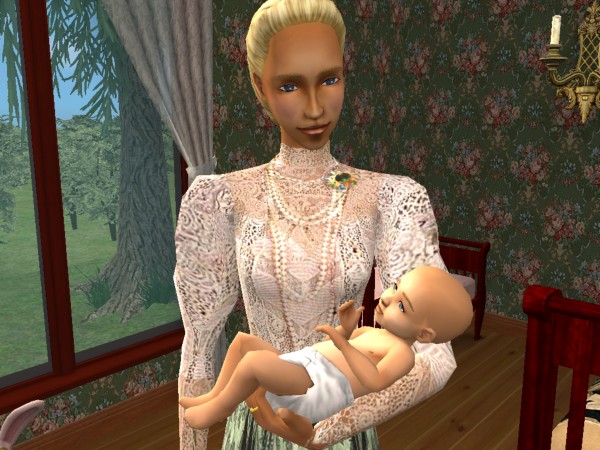 Harry was relieved that the pregnancy and childbirth were over, but he still watched Arianna like a hawk. He couldnâ€™t help it â€“ the sight of his first wife April lying dead in the garden mere months after giving birth to Cecily still haunted him. After a time, however, his focus shifted back to the hospital, which, due to the May Green population boom, was in the process of expanding.

Arianna, too, returned to her passion — the Votes for Women campaign — and began to receive visitors to the house again. Slowly but surely, Brayton Hill was turning into a lovely home, and even the townâ€™s elite, who had previously scoffed at it, were growing curious about it. One of these elite, Mrs. Regina Lloyd, decided to pay the Braytons a visit.