James stared at her for a long dumbstruck minute.

â€œAre you sure?â€ he finally asked. Cecily almost laughed. She wasnâ€™t used to him being the reticent one.

â€œWould I have planned this whole thing if I wasnâ€™t?â€ Her smile grew more girlish, her cheeks more rosy as she stared at him.

â€œOh, Cecily,â€ he breathed, and his lips sought hers. She returned the kiss with equal fervor as James slowly became his old self again, the one that had been pursuing her so ardently since the night of Dorothyâ€™s birthday party. Wanting to encourage him, she kissed him harder, more deliberately, doing all she could to show him that she loved him and not anyone else. 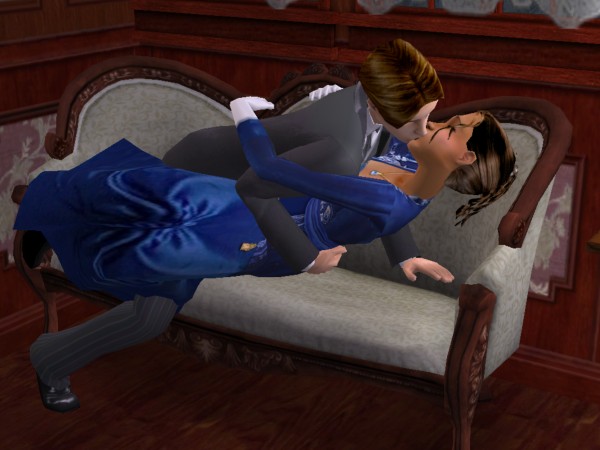 They fell back against the softness of the couch, and Cecilyâ€™s concentration broke. She wasnâ€™t waiting for his proposal anymore â€“ she had lost herself in a flurry of kisses and caresses, and all she wanted was for it to go on forever.

But it didnâ€™t. Something changed â€“ Jamesâ€™s kisses grew desperate, his hands started clutching at her skirts, and Cecily felt a heaviness closing in around her. She heard an odd sound â€“ a moan â€“ but she couldnâ€™t say where it came from. Was it her own voice? Or James? It reminded her of her motherâ€™s ghostâ€¦

â€œNo!â€ Cecily cried, rolling out from under James and catching her balance on the arm of the sofa.

He looked at her in amazement. â€œWhat?â€

The heaviness was gone, but the uneasiness remained. Cecily walked away and stood apart from him, trying to collect her thoughts. Why was she afraid all of a sudden? 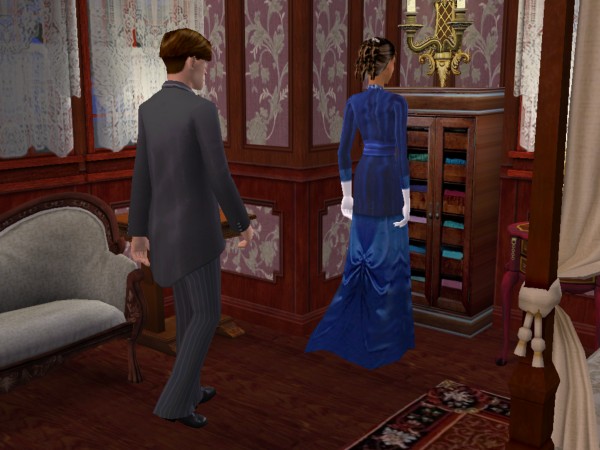 She heard James come up behind her. â€œIâ€™m sorry,â€ he said, touching her arm. â€œWe can leave now.â€

â€œNo,â€ she said, turning around. He looked more handsome than ever standing there. â€œI justâ€¦felt strange for a moment, but I think Iâ€™m better now.â€ She smiled reassuringly.

â€œI can go more slowly,â€ he said, stepping forward and sliding his arms around her waist. â€œYou do know I love you, right?â€

Cecily nodded and looked into his eyes. She felt certain that what she saw in them was nothing but the deepest adoration. She tried to return the sentiment in her look, but it didnâ€™t quite match his. 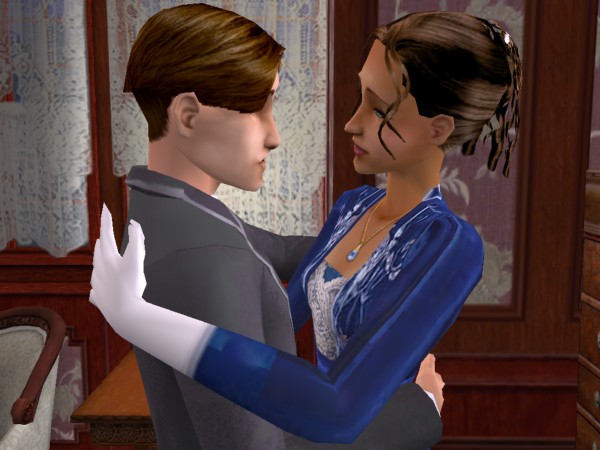 â€œKiss me,â€ she heard herself murmur, and he obliged. This time he tilted her backwards so that she almost lost her balance, but he held her steady. His kiss was light, almost playful, and Cecily felt comfortable with him again.

â€œBetter?â€ he asked, leaning over her with his admiring gaze. 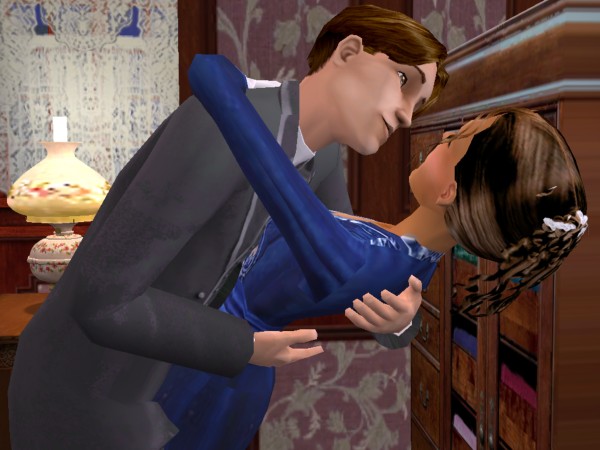 â€œMore,â€ she laughed, and again he obliged, covering her face with a dozen dancing kisses.

â€œAnd what about me?â€ he asked, raising a brow. Cecily smiled slyly and lowered one hand to tickle his side.

â€œIs that so?â€ he exclaimed, and he lunged for her, burying his nose in the crease of her neck, which made her giggle and wrench away from him.

They continued this lighthearted tussle for several minutes until they fell laughing upon the looming four-poster bed. It seemed perfectly natural, and Cecily no longer felt afraid or anxious. She only wanted things to be comfortable between them, just like this, and they spent the next hour kissing, laughing, tickling, sighing, advancing — until what had been unthinkable an hour before became the inevitable. 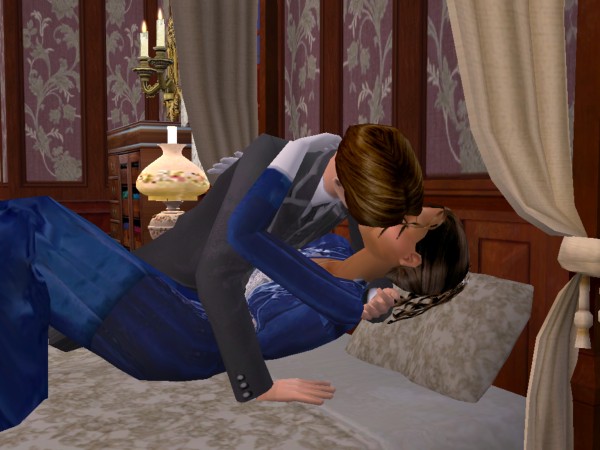 When it was all over, they lay happily in each otherâ€™s arms, until Cecily became conscious of time again and rose from the bed. As she adjusted her hair and garments, James straightened the bedcovers and pillows, all the while glancing at her with high color in his cheeks.

â€œCome here,â€ he said, catching her up in a gentle kiss before bidding her farewell. After he was gone, Cecily took a deep breath and examined the room to make sure everything was in order. She couldnâ€™t believe how peaceful she felt about everything, despite the fact that she was deceiving everyone, including herself. But was she really deceiving herself? She really did love James, didnâ€™t she? And it was as plain as day that he loved her back.

With a sigh, Cecily turned off the lights and closed the door, making sure to lock it behind her. It was late â€“ no one stirred in the hotel â€“ and she made her way down the staircase and out the back door undetected. As she drifted into the star-filled night, she again felt the shivering thrill â€“ and necessity — of being secretive, and glanced down the dark alleyway.

Upon entering the street, she saw a group of men exiting a tavern across the way. At least one of the men was roaring drunk, and a very well-dressed man in a top hat was trying to steer him towards the hotel. The man in the top hat happened to glance up just as Cecily left the alleyway, and for a second he paused, peering through the dimness at her.

Cecily realized with a sudden horror that the man in the top hat was Max De Groff. Pretending she hadnâ€™t seen him, she hurried off down the street, breaking into a run as soon as she was out of his sight.

18 thoughts on “The Rendezvous”