When anyone asked Marco Portela why he was moving to Annabel Island, he would say, “you can’t argue with those land prices” or “that Dunnavant man knows what he’s doing” or “I’m ready for an adventure”, but those weren’t the real reasons. The real reason why Marco boarded a ship bound for “Dunnavant’s Realm” was so he could forget about his wife.

She had left him one quiet night while he slept, stopping only to kiss their daughter and whisper “farewell”. When Marco rose the next morning to find his wife missing, he pulled on his boots and stalked out of the house, ready to search the entire city for her, but the voice of his daughter Elena stopped him.

“Mama’s gone,” she said soberly from where she was sitting on the front step. “Go back upstairs, Papa. I’ll fix you some breakfast.”

Within a few days Marco heard that his wife had gone to New York to become an actress, and that she was planning on changing her name to “Lulu Laxton”. As his grocery shop was two doors down from a theater, and he lived across the street from a “Widow Laxton”, he decided it was best to remove himself from these reminders of his wife and start a new life somewhere else (but not before signing the divorce papers she had unceremoniously dumped on his doorstep). 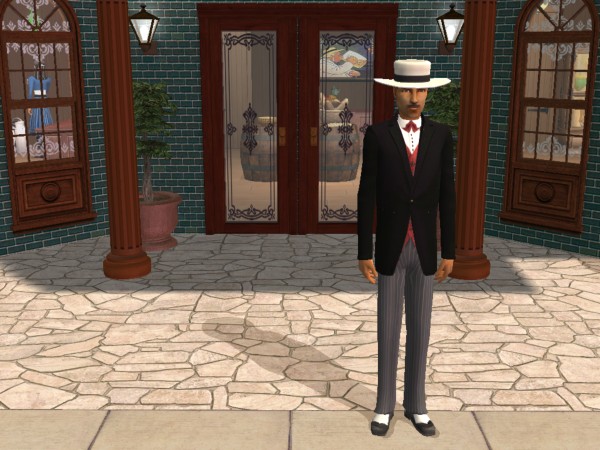 Marco moved himself and his daughter to Annabel Island, where he built a new grocery shop and called it “Portela’s Market”. Instead of buying a separate lot for his home, he installed a comfortable apartment above the shop and poured the remainder of his money into goods for his market. He offered the freshest eggs outside of a farm, hearty bread and tasty pies which he and his daughter baked themselves, and choice produce imported from the mainland.

While he worked in the shop, his daughter went to school, assisted him with baking, and kept the apartment tidy and cozy. She was an eager girl who went quietly about her work, never saying a word about the woman who had abandoned them. 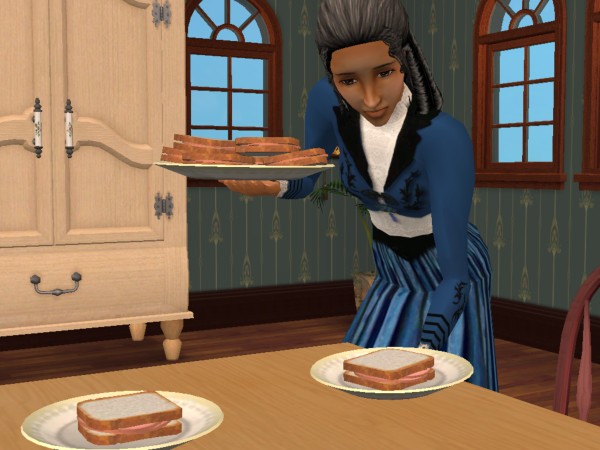 But some days were harder than others. One day not long after their arrival on the island, Elena came downstairs to find her father standing mournfully over his produce cart.

“Papa, it’s suppertime,” she said, but he continued to stare at the lumpy sacks of fruit. 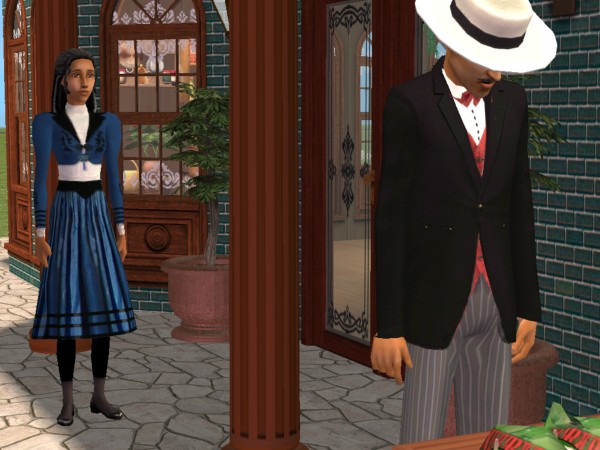 Elena sighed and walked over to him, noting the frown hiding under the brim of his hat. “Come on,” she said gently. “I’ll help you take in the cart.”

“No one’s buying anything,” he muttered, looking up. Despite his sad countenance, Elena was relieved — at least he hadn’t been thinking about her mother.

“Give it time, Papa. We haven’t been here that long. More and more people are settling here, and soon they’ll want fresh bread like yours.”

Elena was right. The next day a man named Newell Iverson negotiated with Marco for three loaves of bread.

“My wife is a terrible cook,” said Newell, “and I’m worse, but we need to eat. Unfortunately I only have about five Simoleons to my name. I could work to pay you back, though — I could deliver goods for you, or help you unload at the wharf.” He looked at Marco imploringly. “Three loaves would keep us fed a good long time.” 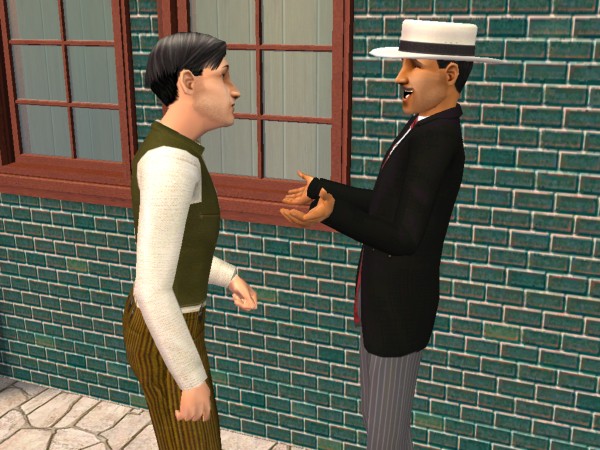 Marco was so excited to have a customer that he could hardly contain himself. “You can have the three loaves, my good man, and I’ll throw in a jar of currant jelly to go with! And I’ll call on you next time I need an errand man. How’s that sound?”

Newell went away a happy customer, promising to repay his debt in whatever way he could.

When Marco related the tale to his daughter that evening, she couldn’t help but laugh. “Papa! How do you expect to make a profit if you give away your goods?” But inwardly she was proud of his generous nature and was glad to see him look lively again.

13 thoughts on “Meet the Portelas”